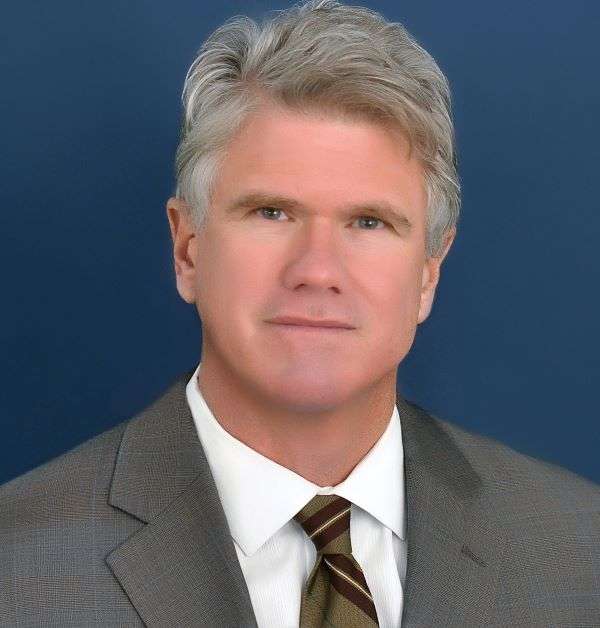 Offices in Boston and S Dartmouth, Massachusetts
Who Am I Affiliated With?

The first introductory and fact-finding appointment can be in-person or by phone. The next meeting where I provide my recommendations should be in-person. (For the time being, telephone, Zoom, and email are replacing in-person meetings.)

After the introduction of a new rule from the Securities and Exchange Commission (SEC), with a new interpretation from the Department of Labor (DOL) of an old law, the Employee Retirement Income Security Act (ERISA), there is not much difference in the duties and responsibilities that financial advisors, financial professionals, ERISA fiduciaries, and financial planners owe to their clients.

The hope is that by disconnecting the compensation from the product or services, the client would receive better advice. However, another concern was that the planners were less inclined to provide ongoing advice and services when compensated from an initial product sale.

Three federal acts regulate financial advisors: The first is the Securities Exchange Act of 1934, the second is the Investment Advisers Act of 1940, and the third is the 1974 retirement protection law called ERISA. The 1934 act regulates broker-dealers, the 1940 act regulates investment advisers, and ERISA governs retirement plans. (State laws also regulate them, and most insurance products are regulated at the state level.)

A broker-dealer (B/D) is a firm that buys and sells securities, operating as both a broker and a dealer, depending on the transaction. Fidelity, Charles Schwab, and TD Ameritrade are the three largest B/Ds. In addition, many regional and independent B/Ds exist, such as LPL Financial, Ameriprise, Cambridge Investment Research (my broker-dealer), and Raymond James.

Their advisors are called registered representatives, who are usually paid a commission for selling financial products. They are not fiduciaries, but they are required to sell their clients a suitable product.

Around the time advisors were switching to fee-based, the financial industry began embracing personal computers. As a result, some firms started charging clients fees to develop a comprehensive financial plan. First, the client filled out a lengthy questionnaire. Second, the financial planner inputted the data into a software program and then printed the client’s financial plan, usually presented in a fancy binder.

Most plans presumably ended up in the filing cabinets of clients, recalling President Eisenhower’s line about plans: ‘I have always found that plans are useless in preparing for battle, but planning is indispensable.’

In 2015, the U.S. Department of Labor proposed the so-called Fiduciary Rule, which aimed to reduce or eliminate conflicts of interest in retirement plans, rollovers of retirement plans, and IRAs. As a result, most financial advisors who work with these plans must be a fiduciary and receive only level compensation for their services.

A fiduciary has a legal requirement to act in good faith, requiring advisors to reduce and disclose all conflicts of interest when providing council. Level compensation meant the advisor received the same compensation no matter the product.

Supporters claimed that rules about IRAs needed updating. In 1974, when Congress wrote the current rules, nobody contemplated the amount of money moving into IRAs. Cerulli Associates, a Boston-based research firm, estimates that individuals will roll over $2.1 trillion from 401(k)s into IRAs.

The Department of Labor was the point agency because it oversaw the Employee Retirement Income Security Act (ERISA). Most IRAs, however, are not regulated by ERISA; instead, they fall under the jurisdiction of the Internal Revenue Service (IRS). But the IRS uses the DOL’s definition of ‘investment advice,’ so IRAs most likely will get covered if the government prevails.

The 2015 rule as proposed was never fully implemented. Instead, it got bogged down in legal challenges. The 5th Circuit Court of Appeals ruled in 2018 that the DOL had overstepped its bounds in creating the so-called Fiduciary Rule, parts of which had gone into effect the year before.

There was talk that the SEC and/or FINRA, both of whom regulate advisors and brokers, would pick up the ball from the DOL to implement a retirement advice rule. Because they regulate brokers and advisors, some think these organizations are better suited than the DOL, which governs retirement plans to apply a new standard.

There is also an organization called the National Association of Personal Financial Advisors (NAPFA), a directory where you can find a fee-only advisor in your area. Financial advisors pay annual dues of $249 to belong to NAPFA, plus a one-time, non-refundable processing fee.

The Dodd-Frank law emerged from the 2008 financial crisis. Its main objective was to shore up the banking system so we wouldn’t have another situation like in 2008 when the failing banking system put the world economy at risk.

Dodd-Frank, however, also tasked the SEC with studying whether changes needed to be made to the rules regulating financial advisors. The goal was to ensure the public was benefiting from having two silos’ commissions and fees and if it behooved brokers to become more like investment advisors (fiduciaries).

After much discussion, the SEC promulgated a new rule, Regulation Best Interest, primarily impacting B/Ds. The rule requires them to reduce and disclose conflicts of interest while working in the best interests of their clients. It, however, does not require that they become fiduciaries but moves them very close to that responsibility.

The New Rule from the SEC

Beginning June 30, 2020, B/Ds began operating under that new Regulation Best Interest standard. This requires them to better align their product recommendations and services with their clients’ best interests by eliminating conflicts of interest, such as proprietary product requirements, sales quotas, or sales contests.

Registered representatives will now be called financial professionals. Any advisors who are fiduciaries can continue calling themselves financial advisors. Some critics complain that the new standard does not meet the uniform standard’s original intent.

They removed some of the more demanding requirements and possible legal challenges provided to clients. Still, they kept the core tenant that financial advisors advising retirement plans and participants are fiduciaries. Most advisors, when recommending a client roll over their retirement account to an IRA, are also fiduciaries.

Remember, the Rule applies only to private-sector retirement plans, such as 401(k)s, SEPs, SIMPLEs, and 403(b) plans under ERISA. The 403(b) plans of public employees, such as teachers, are not covered by ERISA, so they are not subject to the new law. It only applies to them if they decide to roll over their 403(b) to an IRA. Roths, traditional, and rollover IRAs fall under the new rules.

What do I mean by ‘conflicts of interest’? For example, some firms paid their advisors bonuses and benefits if the financial advisorssold that firm’s proprietary products. This is no surprise, but it is surprising that these conflicts go on with retirement plans—given that ERISA forbids conflicts of interest.

But ERISA stipulated that the prohibition against conflicts applied only on five conditions:

The advice must be given regularly and must be the primary basis for the client’s investment decisions. The DOL believes it allowed financial advisors with conflicts of interest to provide advice without violating ERISA’s prohibition.

Plus, the DOL felt that the 1974 exemptions were put in place when there was no such thing as an IRA or a 401(k), and companies invested the retirement money for their employees. However, now that individuals are responsible for their own investment decisions, new rules are needed.

For example, the DOL believes people are rolling over their 401(k)s into IRAs when it would cost them less if they remained in the 401(k). Moreover, under the old rules, rollover advice never fell under ERISA guidelines because the rollover happened once.

So, the new fiduciary rule reinterprets the five-part test so that now more financial professionals fall under the ERISA standard of who is a fiduciary. It also removed a previous ruling that rollover advice was not fiduciary advice. Instead, it requires that any advisor falling under these standards work in your best interest, including when they recommend a rollover.

More and more financial products, such as variable annuities and life insurance programs, can be fee-based. For example, an annuity can be part of a fee-based advisor’s assets to calculate your fee. As a result, the product is stripped of some of the costs associated with a commission-based product.

Firms are also removing conflicts of interest to align with the new Best Interest Standard. The DOL also now uses that standard in their interpretation of who is a fiduciary advisor under ERISA. When the investing public works with an advisor, they benefit from having a similar standard for conduct as Best Interest aligns closely with the fiduciary responsibilities in the 40 Act.

Why I Remain Duel Registered

However, I keep my registered representative license because when I compare a commission product, it makes more sense for the client. For example, a new client who is 25 years old wants to purchase a Roth IRA with $6,000—I cannot imagine charging them a fee for the next forty years.

Also, I like to use American Funds for some clients with big 401k or 403b accounts, if I recommend that they roll over their money. If their 401k account balance is over a million, they pay no sales charge. And American Funds has some of the lowest management fees for actively managed funds. They also offer excellent funds for customers interested in generating retirement income. But I need to have a registered representative licensed to provide this option.

Independent Financial Planner Near Me

I will provide expert, highly personalized financial planning, retirement planning, and investment solutions when you need an independent financial advisor in Massachusetts, Boston or Greater Boston, Salem or the North Shore, Hingham, or any other town on the South Shore, Andover, the Merrimack Valley, and the MetroWest, including Framingham, or the Southcoast, Martha’s Vineyard, Nantucket, and Newport, RI.

PrevPreviousBook an Appointment
Next401k Roll Over • Get Rollover Advice in MassachusettsNext 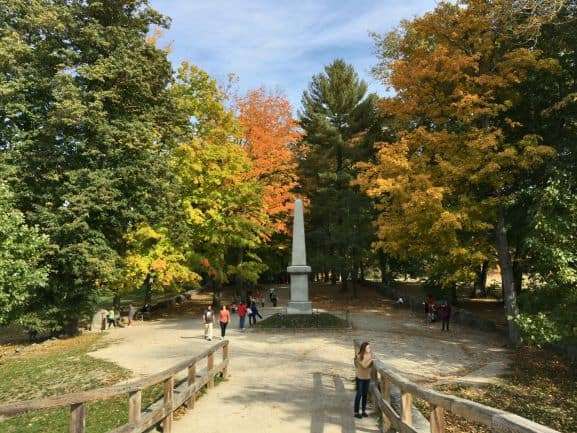 Financial Planning for Retirees In Massachusetts 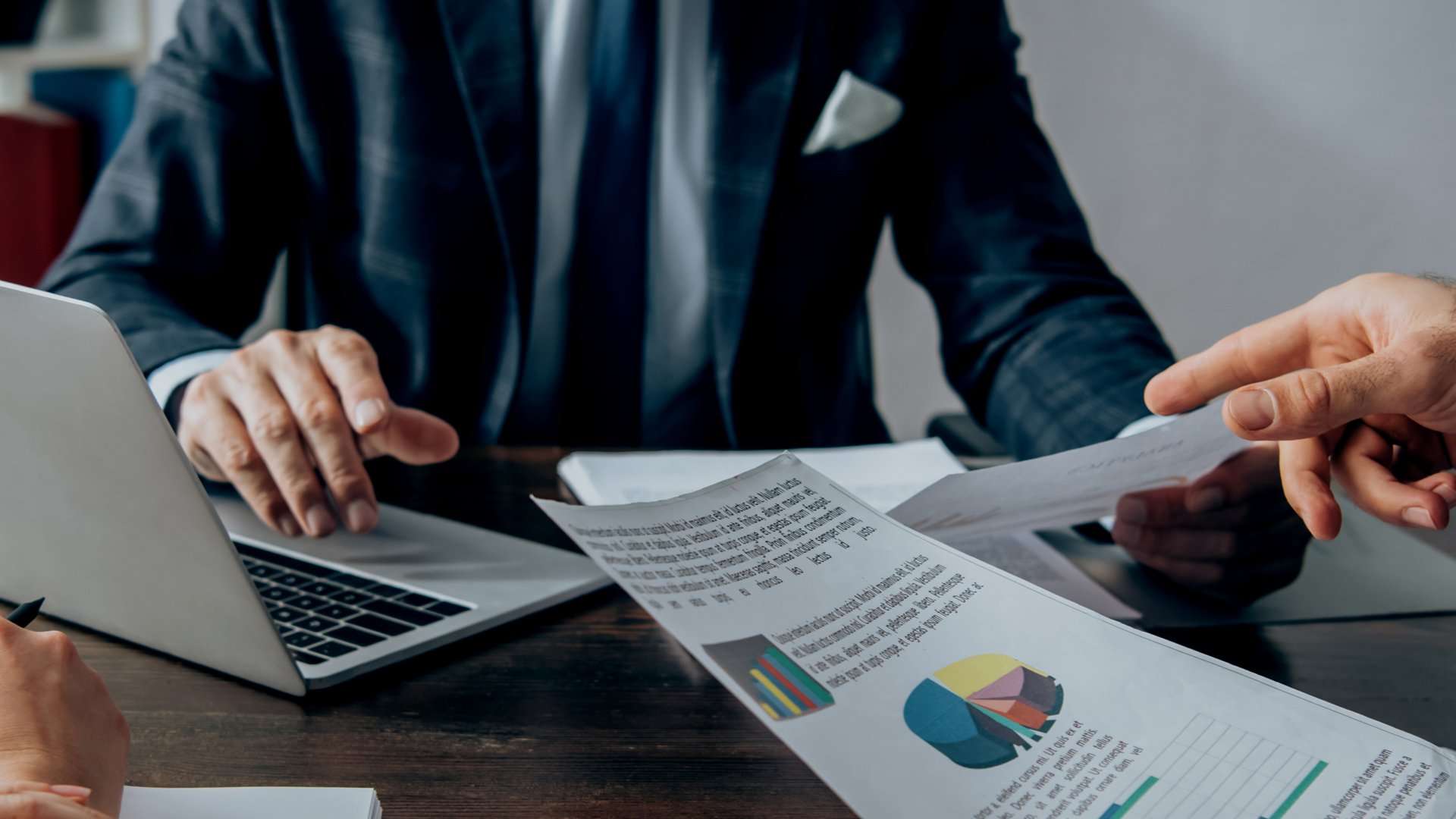 403b Rollover • Should Massachusetts Educators Transfer Their 403b