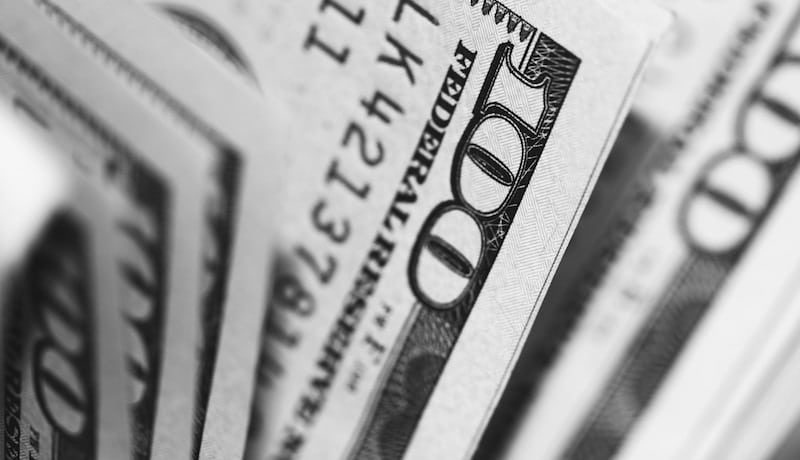 Tim Hayes, you are the proprietor of your firm. What sparked your interest in financial advising, and what were you doing professionally speaking before forming this firm? What is the history of this firm?

Out of college, I started right away in financial services with a small company called United Resources. They specialized in 403(b) plans. They were bought out by MetLife, and I worked at MetLife Resources, a division of MetLife specializing in retirement plans and managing client portfolios for people for 20 years. Eight years ago, I decided I needed to go independent. I am now affiliated with Cambridge Investment Research.

I like to work with a variety of people and businesses, and I hope clients come to me because I put their interest first. Lots of experience been through a bunch of different markets, and I am independent. I am not required to sell any particular companies products.

What was your inspiration for writing your white paper, “Are We In Another Financial Bubble?“

The most dominant financial story post-financial crisis has been the Federal Reserve and their unconventional monetary stimulus, Quantitative Easing or QE. As a financial advisor, I was concerned when Quantitative Easing or QE began in 2009 about the predictions that it would lead to inflation. I have retired clients with a fair amount of bonds in their portfolios, and if we were going to have bad inflation, their accounts would be hurt. There was a letter written to the Wall Street Journal by 24 prominent economists, writers, and hedge fund managers warning about QE and inflation (11/15/2010). I needed to find out about Quantitative Easing or QE, I concluded after spending the last few years researching the monetary and banking system that CPI type inflation was not going to be a problem and bonds would be OK. However, I came away believing that our current system encourages the creation of financial bubbles.

One interesting thing about my research was the people who thought QE would cause inflation were wrong for the same reason. They believed in the so-called money multiplier. That the reserves created by the Fed through QE would be multiplied into loans. However, that is not how modern banking works. Read more: Are We In Another Financial Bubble?

Do you believe our economy is in another financial bubble? If so, what will be the force that causes it to burst?

I think our current financial and banking system encourages bubbles. If you look at the CAPE, Q Ratio, market cap/GDP, they are all saying the stock market is at very high levels.

Do you believe that Quantitative Easing or QE did more damage than good for the economy?

It increased wealth disparity. It fueled the stock market boom. Most of the money, the Fed created remained in the banking system or was used to buy existing financial assets. So our economy is again dependent on the wealth effect rising asset prices instead of new investment for economic growth.

Do you think executives being paid in stock are beneficial for the economy?

I think the idea of executives being paid in stock came from academia. Align the interest of the executives and shareholders. But it has morphed into something that is unhealthy. Companies now spend a large percentage of their cash buying existing financial assets. I think executives have an enormous conflict of interest in that their pay packages are consistent with the short-term, not the long-term stock performance. If a company buys back its stock, the benefits are immediate, but if a company invests in plant and equipment, the benefits if there are any will years away when the current executives are gone.

What needs to be done to prevent yet another bubble from occurring and being burst?

Change the way new money is created or regulate how new money gets introduced into our economy. New money is money that is introduced into the economy without someone’s bank account being reduced. It creates purchasing power and where it goes has an impact on our economy. In the last cycle, it went to housing with disastrous results today, it is going to financial assets like stocks and high yield bonds. Banks create most of it through lending and because they create it out of thin air they like to lend against collateral that way if the loan goes bad the bank has an asset to sell

How can more new money be created at a time when credit standards are incredibly tight?

The Fed created 4.5 trillion dollars of money. They have no credit restrictions. Also, banks are open for business every day. And the business of banking is lending, and lending creates new money. My guess is it is harder to get a mortgage today than it was in 2004. But after the housing debacle, it is understandable that regulators are fighting the last war. However, lending to hedge funds and private equity is up as well as lending to emerging markets. I think lending moved from housing to somewhere else, but the problem is still the same, a high percentage of it buying existing financial assets.

How will the information contained in this white paper benefit your clients?

I wrote it for a wider audience than my clients. I think people who read it will have a better understanding of how our financial system now works. And how did we go from a banking collapse to the stock market tripling while wages stagnate? Moreover, they will see how the economy lurches from one bubble to the next.

I remember reading an excellent paper by Paul Sheard, former Chief Global Economist and Head of Global Economics and Research at S&P, Repeat After Me: Banks Cannot And Do Not “Lend Out” Reserves. In it, he has quotes from prominent people about how QE can lead to massive inflation when banks start lending reserves. I hear it weekly people still talking about how all these reserves can be lent out. But it is wrong it is not how our banking system works.

What is the greatest success you have experienced in this industry and what is the failure or challenge that you have learned the most from? Goals for 2019?

Understanding how our banking and financial system works without it, financial advisors are walking around in the dark without a flashlight.

Is there an aspect of your work that we did not discuss that you would like included in this profile?

Maybe reading more about my business on my case details pages.

“These are the opinions of Tim Hayes and not necessarily those of Cambridge, are for informational purposes only, and should not be construed or acted upon as individualized investment advice. Past performance is no guarantee of future results. Investing involves risk. Depending on the types of investments, there may be varying degrees of risk. Investors should be prepared to bear loss, including total loss of principal.”

← 10 Years After the Financial Crisis, Does the U.S. Still Have a Debt Problem? The Risks of Quantitative Tightening →

Book an Appointment Phone or In-Person